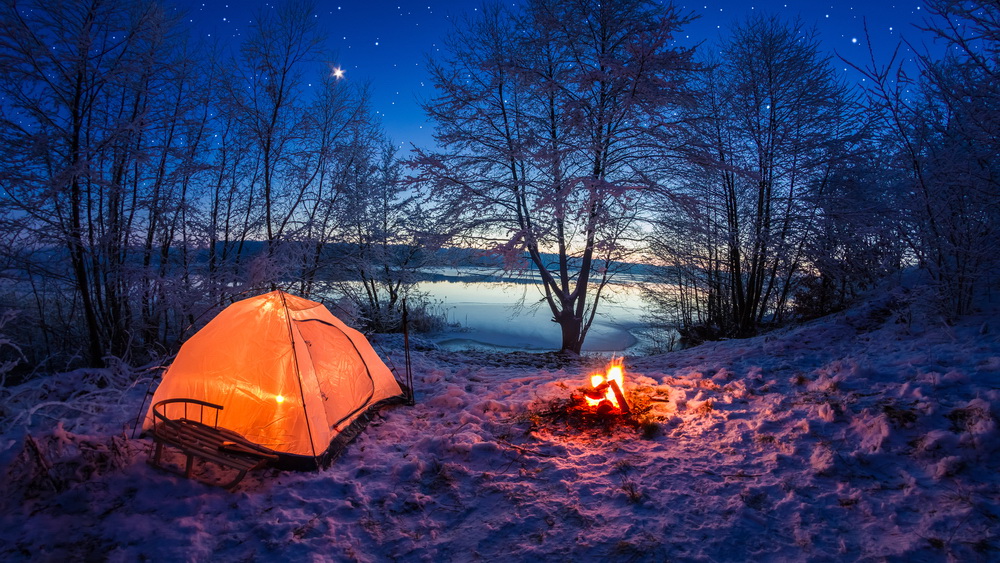 I am torn, dear reader; I want to offer something constructive or useful, especially given how many folks are stuck at home and are bored. Yet here I sit as well, which affords me no opportunity to draw upon for things to right about! And we ‘ve had rain for several days here, so I can’t even get out to split wood or hike. But something occurred to me today as I was playing Fortnite with my grandsons and their cousin. And I will insert here that no, we did not ignore the shelter in place order – it was all electronic. And as I was playing and laughing with the boys, Teri was on her iPad having a tea party with our granddaughter with FaceTime. Even this blog – electronic. Though I’ve criticized the explosion of informational technology: Facebook, Twitter, InstaGram, etc, over the last year or two in many of my posts, I stand (OK, sit) here prepared to sign praises to the devil I previously denounced.

This would be an entirely different time were it not for the immediacy of electronic communications. Of course, the first part of that statement embodies the concept that the news media has sensationalized this and created far more panic that is warranted; I’ve written on that and still stand by that thought. But the other side…? Ah, yes, the duality that is found interwoven throughout everything in life. The other side is the instant connection between separated families such as us and our children and grandchildren. We text, email, and FaceTime daily, often multiple time per day. It is providing a thread of connectivity and community among us all. Try for a moment to imagine what the last few weeks would have been like without smartphones, tablets, and the internet. The isolation would have been horrifically toxic for so many families that I hate to even think about it.

The trick is to embrace the softer side of all this and turn away from the harsh parts; choose to catch up on the day’s news only once or twice a day – not all day non-stop. Choose to limit your time on Facebook and use that scroll feature furiously to avoid the negativity, the complaining, and the political bickering. Choose to learn something new; pretty much anything you can think of wanting to learn is at your fingertips on the web. Create – something, anything – paint, draw, write, photograph, record, sculpt, sing, dance, cultivate, or do whatever your personal taste and medium may be. Focus on the heart, not the brain. Don’t think, feel. Immerse yourself in family and friends using the technology we all have available. Take a break from fear and panic and anxiety and bathe in something warm and soft and uplifting. You’ll feel better and smile more inside of 24 hours, of that I am sure.

I so enjoy logging into Fortnite and finding my boys on and playing when they are on I really couldn’t care less about the game itself – my pleasure at those times is just hearing them chatter away and laugh and scream. I am old and not comfortable with FaceTime – probably never will be – same with my wife. But we gladly do it with our children and grandchildren, during those times all that matters is seeing them, seeing their smiles. I can’t imagine what this would be like without the internet and technology. So despite often criticizing it, there is no doubt it has earned its keep during this crisis!!

I should mention that we did see the grandkids, in person, recently. Both boys have a laptop here, my hand-me-downs, and they have some software on the laptops that is unique to the Windows platform, so their mom texted me to see if I could find a way to get the laptops to the boys. And it wasn’t just the gaming, both boys need a device for their daily virtual schooling and were having some difficulties with the tablet, so the laptops were genuinely needed. So I loaded them up, along with a bunch of other things I thought all three of them would like, and drove it to their house. They were all waiting, smiling and jumping up and down. The door and windows stayed closed as I dropped the bags off on the front step, but just that few minutes of seeing them in person was so healing and fulfilling to me, to all of us in fact. I sense we’ll need to do that again, maybe with Easter things for them since this will be the first Easter in over ten years that we were not together as a family for Easter breakfast. We will not be having our annual Easter egg hunt or egg coloring party either. But such is life – we’ll make up for it one this storm passes.

I try to listen to my own words, but can’t seem to manage divorcing myself from the steady stream of vitriolic and vile partisanship being spewed forth for both parties. Everything, it seems, absolutely everything, is fractured and divided by society. Case in point, the Navy aircraft carrier captain who publicly spoke out on the virus and was quickly removed from command. Half the people commenting on this issue side with the captain and laud him for his actions, while the other half condemn him. Once again opening and widening the chasm that is our society today. Masks or no masks; federally managed or state level; and on it goes. Terribly depressing and it wears on you, regardless of which side you are on, it is wearing. Another good reason to step away for a while.

There is also a huge divide on my former employer; they remain open and people are outraged. There are over 4,000 at the RI facility and are one of the largest employers in the state. The fact that they remain open has some folks whipped into a frenzy, calling them irresponsible and reckless. The fact is though, that we (they) are an essential defense contractor. In my role there, I was well informed on the defense strategy of the US and of the requirements of acquisition to meet that strategy. We did an admirable job meeting the mandated ever-decreasing construction spans for years. This was all part of replacing the planned obsolescence of active ships so as to maintain our fleet at the required levels.

But we began to lose a lot of highly-skilled shipbuilders to retirement over the last five years. We also initiated the actions to ramp up for accelerated construction schedules and growth for future demand: our footprint, equipment, and personnel all increasing rapidly in a short time. We ended up with a huge number of inexperienced workers trying to build the most complicated and sophisticated product in the world in increasingly shorter time spans, when in fact, we needed more time to construct them. This all resulted in schedule delays and that is why they are still open. Our business has always been about helping to protect our country and I always embraced that mission statement; we all did. But that message has become diluted and weakened over time and a lot of the new people that hired in over the last five years never considered the higher level aspects of working there – that they would always be needed, expected, to continue construction no matter what was going on in the state or the world. And now some of them are balking.

The company has apparently done things to enable people to stay at home if they felt the need to do so for their safety. I don’t know the particulars, but I know factually that they did so. They are also allowing some people to work at home, but that is a severely limited number; you can’t weld a submarine at home and you can’t bring secret information home either. So that leaves most people needing to report to work – business as usual. And the town residents are up in arms about it, howling that they are endangering their safety: the workers and the other residents. But knowing what I do (and what they don’t) I know that it is quite the opposite, they are open for the purpose of the town’s safety – for the country’s safety. Truly the definition of essential, but unlike immediate first-line responders such as fire, rescue, and police – this is long-term essential. A failure in the supply line now will result in a defense strategy weakness years from now. But many folks don’t see that and the controversy rages on – like everything else these days. Trying times indeed.

But the master key to all these things has always been within our grasp; clear and effective communication. When both sides are afforded the opportunity to talk to each other, safe from insult and attack, and in a calm and peaceful manner, often the end result is a clearer understanding of each other’s thoughts – of their perspective. And while at the end, they may still disagree, it will be without anger and hostility. People can – should in fact – have different perspectives on just about everything; variety is the spice of life and varied perspectives are much the same. As long as we are speaking from our heart, expressing our thoughts, feelings, and reasons for our perspective, and as long as we don’t do so with anger or hostility, and as long as we don’t attack or insult the other person for their perspective, we can all gain a deeper understanding and appreciation for the overall human condition. And that does nothing but benefit us all. Stay well dear reader!