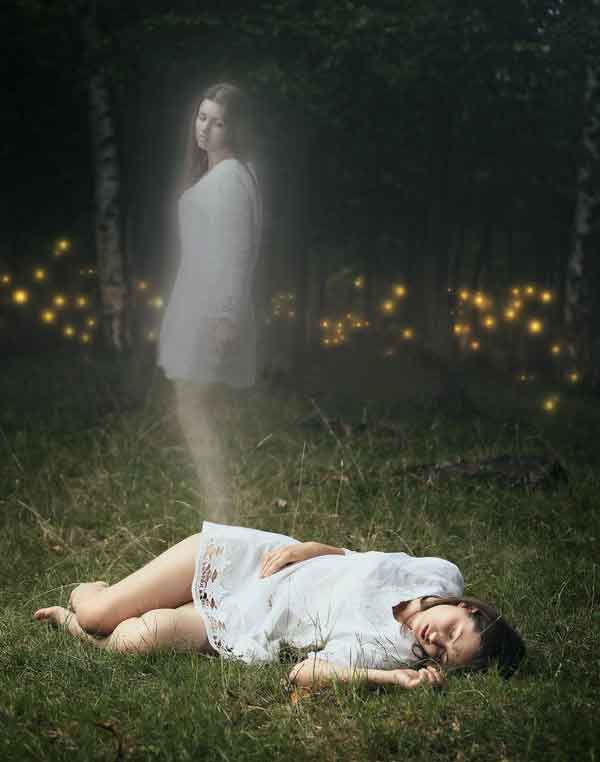 I continue to ponder reincarnation. It is fascinating but still beyond reach of my grasp, at least rationally or intellectually. Much like ghosts, I love the idea but struggle with the factual reality of the concept. I mean, were we to prove reincarnation real, we’d simultaneously be proving that death is not the end; that life goes on after death.

Out of a recent conversation on this came the commentary that genetics actually is reincarnation, a comment whose seed I appreciate, but one with which I disagree – at least as I understand the definition of reincarnation. Genetics, we decided after some discussion, is more of a resurrection; we are reborn in others, or a part of us is anyway. We “see” grandma’s eyes or grandpa’s smile in a child; their physical characteristics carry on through genetics. Certainly not a true and full resurrection; I am not intending to be treading at all into the realm of the true sacred resurrection. But in the broad sense I am sure you see how I ended up with the term.

And as I have discussed several times in the past, once you enter into a discussion on genetics, that conversation has to include and embrace the nurture-nature concept; you simply cannot talk about genetics without acknowledging it. Nature is the pure form of genetics; Punnet’s Square, Mendel’s Law, and the preponderance of empirical data proving it. Blue eyes, curly hair, and sadly, disease are all explained by genetics, as is height or visual acuity. I remain convinced that a taste for in horror movies versus romance comedies is explained better by nurture; you learn to like and dislike certain tastes by observing your adults through your childhood. You are raised to be a democrat or a republican; political persuasion is not genetic. Unfortunately the darker aspects of humanity are also best explained by nurture: prejudice, hate, and intolerance are all learned behaviors.

But reincarnation? That is, you – your soul, your beliefs, and your collective assemblance of inherent traits – redeposited into a different container, another body. But this is where my wheels leave the blacktop; there are genetic traits and there are learned characteristics, yet the concept of reincarnation generally holds to no memory of the past, you do not remember your past lives…at least most don’t remember. And those who do, do not remember nearly all of their past lives. And in fact “remembering“ is really more a  collection of images, snapshots of moments that one would honestly struggle to separate fact from fiction. It is more of a feeling, an emotional déjà vu I guess.

So, is an honest person honest in every reincarnated life? Is a thief always a thief? Is a tall blue-eyed man always tall and blue-eyed? Genetics leave the discussion here; it is not yor body that comes back, it is your soul. Genetic traits disappear; one born in the 1500’s with diabetes will likely be diabetes free when reborn in the 1800’s. The genes that caused the disease are not present any longer, only the soul remains. But what is in a soul that reincarnates? Are altruism, honesty, integrity all genetic traits or learned? What is contained in the mind, in the heart, or in the soul? I think that is one of my greatest questions on the subject, that beyond even the mechanism of the actual reincarnation. What is kept and what is lost from the previous life? Would a loved one recognize me across a room were we to meet in a previous life?

To be clear though, while that is my greatest question there remain a heaping pile of other questions on the logistics. For openers, the headcount. Our population has been increasing (at an alarming rate frankly) for the full span of history. If reincarnation is real, if it exists, wouldn’t that headcount remain essentially flat and steady? If we are merely souls repeating life, that implies a finite number of them. And that is clearly not the case. In fact the theory of reincarnation hinges upon the thought that we are reincarnated because we have not yet learned the lessons of life which we were intended to learn, that we needed to learn. So we are destined to repeat life until we do learn them all. But that would actually suggest a declining headcount as people finally do manage to learn them all finally earn their final spiritual destination. I believe the thought though, is that there is a constant pool of brand-new souls being introduced to the population, which readily resolves that conundrum.

And those who embrace the tenet actually point to this thought: through my years I have heard multiple people say: “oh, she is an old soul” or that “he is a brand-new soul”.  And they say so with unflinching conviction: quite factual, confident, and comfortable with their assessment. There is no math, no chemistry, and no physics in it though; there is no equation to define reincarnation. But there exist a myriad of mysteries in life that cannot be observed, measured, or recorded. Why some people can be submerged underwater for an hour or more and still be revived and live unharmed? We declare them to be miracles, but I think it’s because we have no means of explaining it with our science or our laws of physics.

There are some number of documented cases of people correctly and accurately describing intimate details of a previous life; details that could be and were validated and verified and which the person providing them could seemingly not have known. While not proof of anything at all, things such as this certainly have to make you tilt your head just a bit to the left and go “hhmmm”. And of course, most to the people who have ever walked on this green earth, as well as those doing so now, have all embraced one of truly only a few tenets of a higher being and of the afterlife. Why should we pay homage to one and decry the others given no discernible basis for belief in any of them? If we accept that Christ is the son of God and that he was born, died, and was resurrected, why not then dismiss the belief that souls cane be – are – reincarnated? Why exclude one at the expense of the other? While I cannot reconcile the logistical details of reincarnation, as a Christian I cannot reconcile the details of heaven and hell, of ascension (or the opposite).

Yet all humans do willingly, happily, and enthusiastically wrap their beliefs around their personal choice of religion – without question mostly, barring moments of severe tragedy or sorrow. And these same folks laugh an scoff at the concepts of the other religions. They believe in the mysteries and teachings of their deities, yet sardonically dismiss those of other religions. Islam, Buddhism, Judaism, Hinduism, or Christianity; matters not. We can tend to be very much “all or none” when it comes to religion. I do not exclude reincarnation due to any religious beliefs; it is, I think, more about lack of knowledge and understanding. But I do not disbelieve in the concept. And if that is on the table, why not ghosts? And that really tickles my imagination dear reader! Open your mind and consider the possibilities. As Shakespeare said: “There are more things in heaven and earth Horatio, than are dreamt of in your philosophy” (meaning science).